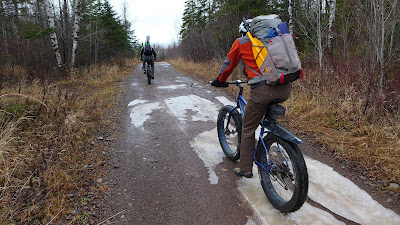 What I (we) thought was going to be a good idea and a safe bet for a December outing in northern Minnesota turned out little different than planned. I'm reserving the details of said route until it comes to fruition....but trust me, it will be good. 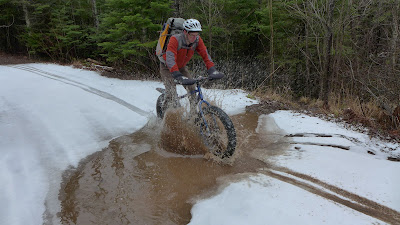 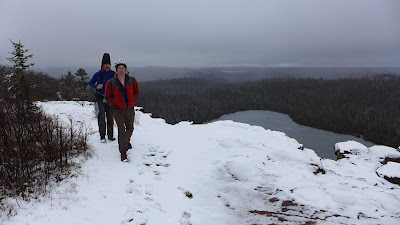 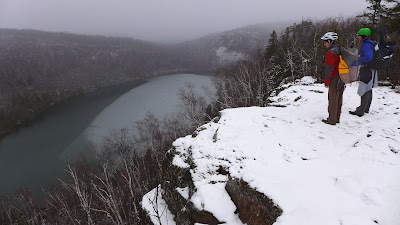 Originally,  ArcFlash, Vandy and myself were going to do an overnight winter bike-packing ride and spend the remainder of our three day weekend doing whatever we thought fit. The forecast was for rain off and on all weekend, and into Monday.....booo. Optimistically, we all decided to go for it, drive north, and see how it would all shake down.  Leaving very early on Saturday morning had us at The Fun House (TFH) by about 10:30 am. 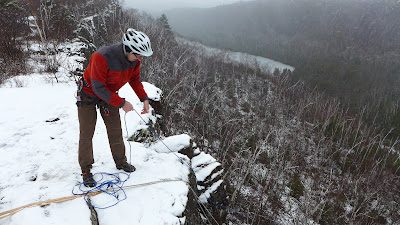 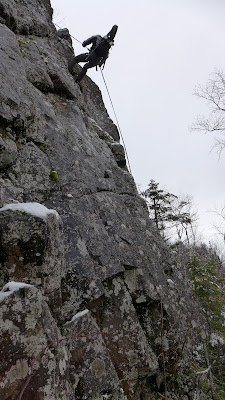 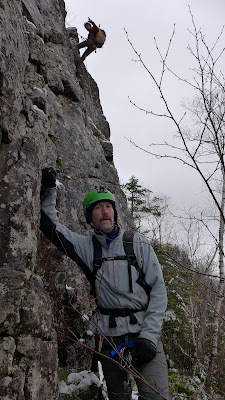 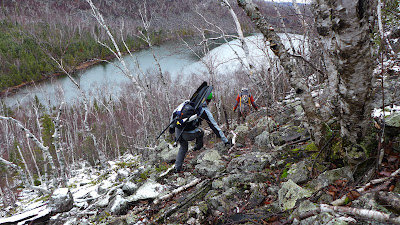 The camp-out was out of the question  due to a 100% chance of rain Sunday, with a high of 35 deg F, so we improvised. From the heavily gear laden van, we picked fat-bikes, ropes, harnesses, and pack-rafts. Not far from TFH was a short but fun route that would utilize all the items of gear mentioned above. The pack-rafting was a big question mark as some the lakes in the area were frozen, while others remained open. After a short ride in either mud or glazed ice, we stashed the bikes in the woods and began our hike to the top of the cliff we were to rappel. From this vantage point we would also be able to see if the lake was going to be in our favor. 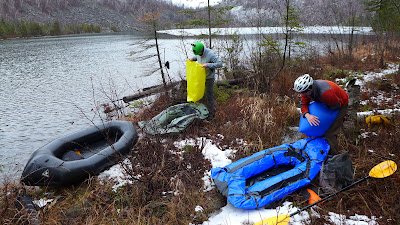 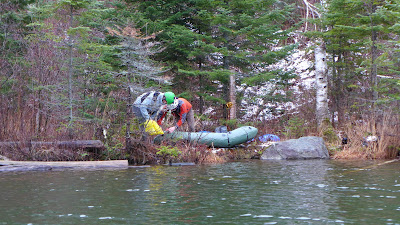 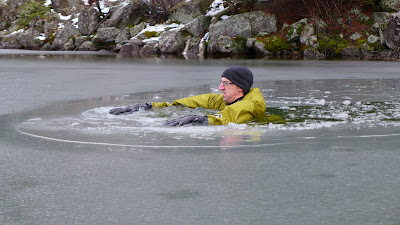 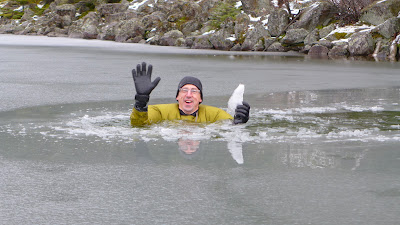 I waited till the final steps of reaching the precipice to lift my head and survey the entire scene.......it was 50-60% open! Although short and sweet our little endeavor would be able fill the void of things we were going to miss out on in the next couple days. After setting up, rapping, and pulling ropes we made our way down a slippery, steep boulder field to the lake below. The water, obviously very cold, had a beautiful, clear, blue-green hue and proved irresistible to ArcFlash, who after a few minutes of slipping into a dry suit was now swimming. I envied not bringing my own suit and so vowed to not leave it behind so often. 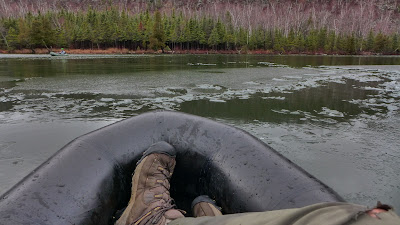 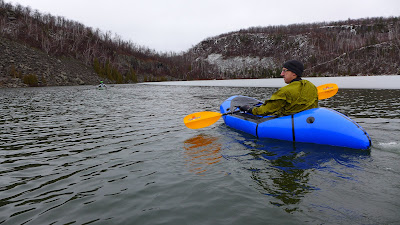 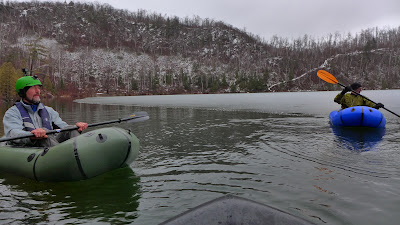 The three of us messed around for at least an hour, paddling to the far end of the lake from our start point and poking around the ice. After deflating and stowing the boats we continued on a trail faintly outlining the shore and eventually rendezvoused  with our cached bicycles. We returned home with the daylight fading and the weather deteriorating. By the time we refueled it was dark, and the wind was kicking up, thwarting our attempts to have a camp fire lakeside (Lake Superior). 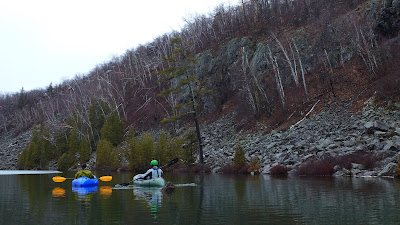 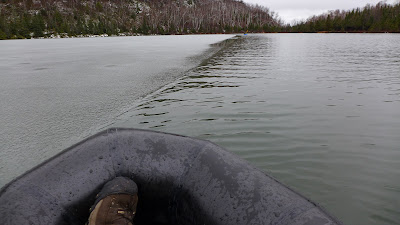 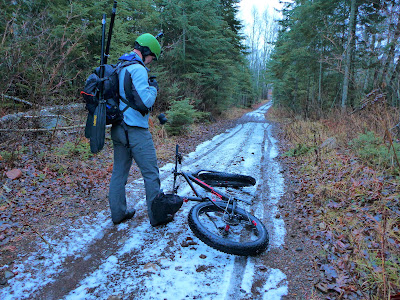 Instead, we retreated back to the house with a couple rental DVDs and relaxed for the rest of the night. As the forecast played out, it rained all night and well into late morning before we decided on bagging the trip and going home......but not before nearly getting stuck on the remote back roads of the Grand Portage Reservation.