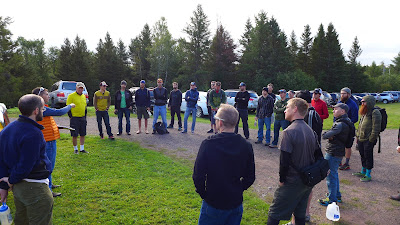 The Gravel Conspiracy........To me, is...... three days of riding amongst the best terrain in Minnesota with your pals.

I signed up for this race so long ago I forgot if I even paid for my one way bus ticket to Grand Portage. This was the only race/ride I had on my calendar for the year that was etched in stone, I missed it last year and was pretty bummed and determined not to miss it again. 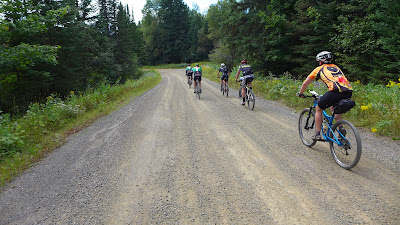 The race this year was....Day one, ride from Grand Portage to Grand Marais, just over 50 miles. This part is my favorite, it's very remote, and the trail-like roads are rugged, if you get a chance, check out Rengo and Firebox. 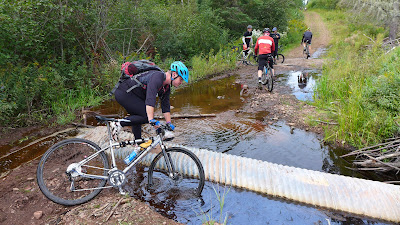 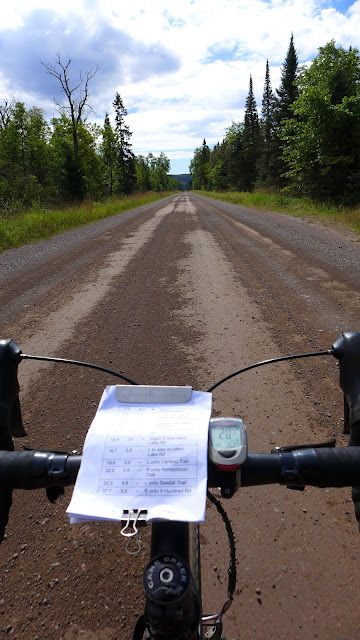 Day 2 is just over a hundred miles, goes from Grand Marais to Silver Bay and is a little smoother than day 1. The route is extensive and just plain freakin' awesome. Most of the time I had no idea where I was and I liked it, the hills on the other hand were tough....Bally Creek as well as Honeymoon comes to mind. Although it was a hard ride I was glad to share the gravel and work together with friends. From start to finish I rode with Vandy, Chuck, and Best in Schow, for some of the ride we hung with ONeil, BOney,NowSports Dude, DG and Salsa Pete.

While we were out riding, the race director was having a challenge of his own. The rental truck containing everyone's gear was not running properly and was ultimately replaced via a wrecker from the twin cities. The exchange went down in front of my house (my wife, kids and I call it the bug-out) in Silver Bay while a bunch of us grilled and cooked dinner. Nine of us stayed the night there and I may open it up to more next year if I think the plumbing can handle it. The rest of the racers stayed in near-by Beaver bay or the American Inn just down the hill.

Day three.....Beaver Bay to Duluth..51 miles. Feeling quite sore and tired a 50 mile ride compared to the hundo we had done the day before seemed short. I wasn't that enthusiastic about finishing it up and going home and then to work the next day either. It was such a great weekend of fantastic weather, adventurous gravel routes, and hanging with friends I didn't want it to end so soon. 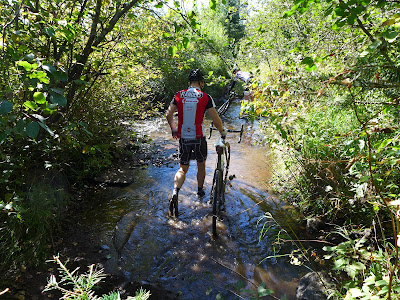 If you want in,(and you should want in), on this fantastic race/ride next year......pray that Mr Stamper is gracious enough to run it again, and get yourself signed up. You may regret the saddle sores and leg cramping, but you will not regret the incredible experience navigating, under your own power, the back roads of the Superior National Forest.